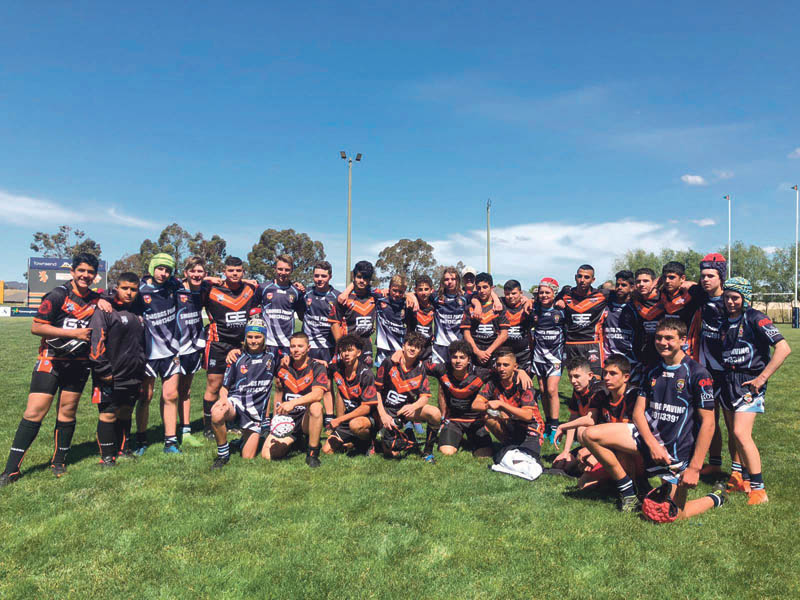 BUILDING ties with their country cousins, Greenacre Tigers U14s have travelled to Bathurst to play a friendly game of rugby league against the Orange Bloomfield Tigers.

Greenacre Tigers Club secretary Khalil Kouwayader said the coaching staff felt it would be a good idea to organise a game of rugby league in the bush to give the players a sense of understanding how the game was played in the country.
“They were also keen to build resilience and team work through the road trip and meeting new players and fans,” he said.
“It was also an opportunity to see drought areas and give the players perspective into the luxuries they have in the city.”
Khalil said the players and parents enjoyed the event and were planning to put on a barbecue for the local country club, however, due to a total fire ban, this was not possible.
“Bloomfield Tigers were very hospitable and appreciated us reaching out to them and organising a game,” Khalil said.
As a token of their appreciation they handed out club footy shorts to Greenacre players who, in turn, presented Orange Bloomfield players with club shirts.
Bloomfield Tigers are keen to visit Greenacre next season and hopefully turn this game into an annual event.
“We are also hopeful we can get the game played at Belmore sports ground as this would put a massive smile on the country kids’ faces and create priceless memories,” Khalil added.
“We are seeking your help in building stronger ties with country NSW and wanted to share this example of two great footy communities coming together for the greater good.”