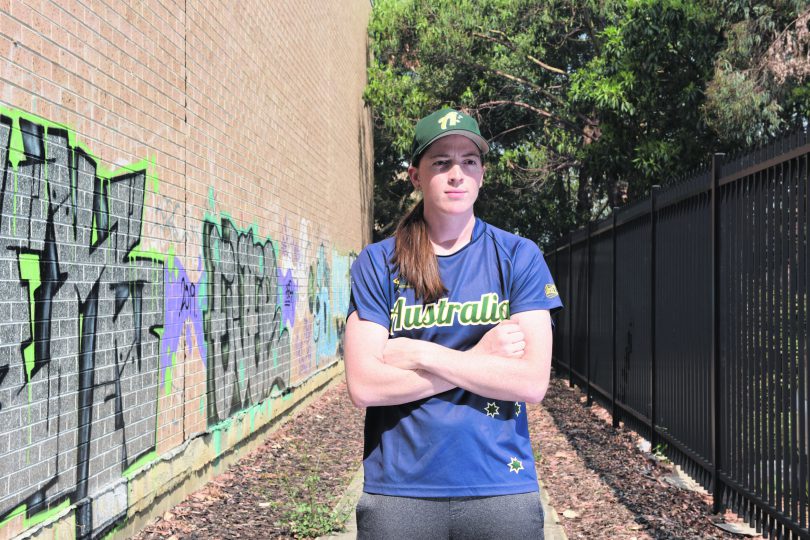 SHE might be surrounded by trophies, awards, ribbons and badges at her day job at her parents Action Badges firm at Riverwood, but there is only one medal that Australian softballer Rachel Lack is interested in – an Olympic gold.

Talented Rachel thrilled as softball back in 2020

And this is looking highly likely as next year, softball makes its long-awaited return to the Tokyo 2020 Olympics.
A powerful hitter who plays multiple positions – outfield, catch and third base – and has a strong arm, Rachel was first selected and went to her first world title at the age of 19 in 2014.
After playing in the NSW Open Women’s team at the Perth nationals in early January, Rachel will then be back in her Aussie Spirit team playing in the Asia Pacific Cup at Blacktown International Sportspark from January 30 to February 9.
“It’s really important for us to play top international teams before the Olympics,’’ says Rachel, who studied and played for the University of Hawaii for two years.
Now studying Biodiversity and Conservation at Macquarie University, Rachel’s been working hard to stay in form.
“It’s three times a week in the gym, two sessions a week with the NSW team and I try to fit in an extra workout on the weekend,” she explained.
“It’s always been my dream to compete in the Olympics.”