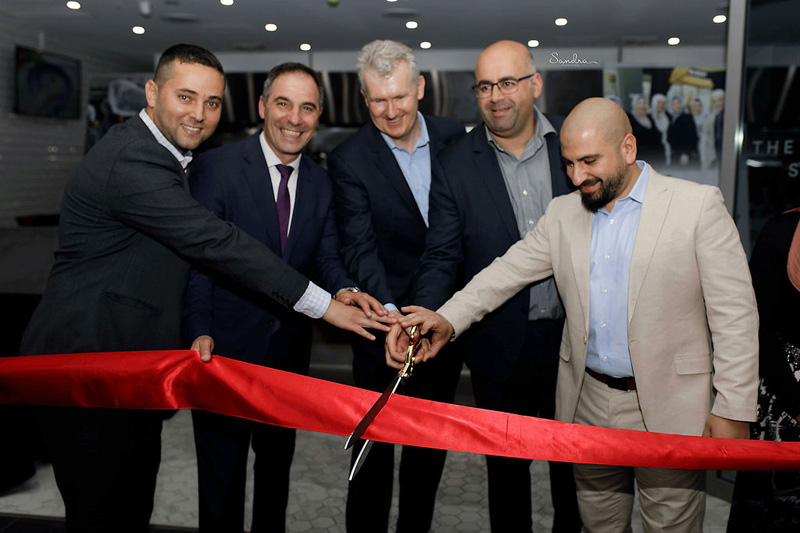 WANT to take your cooking to new heights or train as a cutting edge chef?

With the aim of inspiring a culinary revolution through reigniting a passion for the culinary arts, Bashar Krayem has established The Culinary School at Shop 32 Broadway Plaza, Punchbowl.
Set to offer full-time and part-time classes for young (after school) and old in a professional, full industrial kitchen environment, The Culinary School has had an early celebration to mark its February 2020 opening but is kicking off with two masterclasses with renowned chefs later this month.
Bashar explains: “The Culinary School is the personal culmination of 15 years in the hospitality industry.
“Growing up in Sydney’s Western suburbs I was exposed to a cultural smorgasbord of cuisine, which lined the streets of Punchbowl.
“Coming from Lebanese parents, the connection between culture and cuisine was deeply embedded into my identity.”
Bashar opened his first restaurant at 20 and sold it a year later armed with a new perception on the culinary world.
“I learnt that each recipe had a story, a past, an identity tied to a tradition,” he said.
“It is only out of my deep respect for culinary history and the generations that pioneered them, that we keep the link alive for our youth and those after them.”
To get a taste of what’s on offer, sign up for a masterclass with food author Arwa Abousamra who will be cooking Shish Barak – a staple across the Middle East, with hand crafted lamb dumplings cooked in a fragrant mint yoghurt sauce and served on a bed of rice – on Tuesday, November 26, 10am-1pm ($189).
Celebrity chefs The Sharouk Sisters will then be cooking Chicken Mansaf – central to most Lebanese special occasions and oozing Middle Eastern flavours – on Thursday, November 28, 5-9pm ($189).
To book, call 8387 6374 or go to theculinaryschool.com.au.