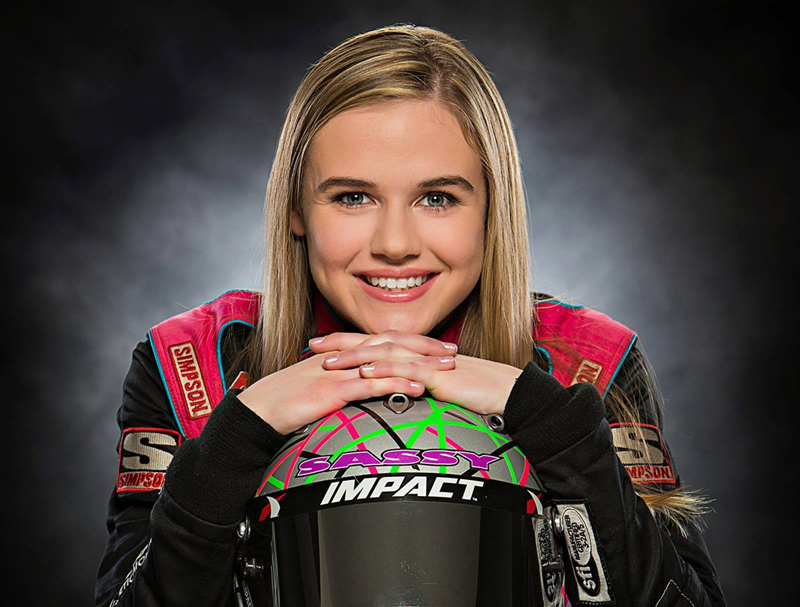 Down Under to take part in ‘Speedweek’

POPULAR American Sprintcar racer McKenna Haase is heading Down Under to race in the Ultimate Sydney Speedweek at Valvoline Raceway Parramatta, from December 26 until January 18.
“I’m really excited to make my first trip to Australia,” said an ecstatic Haase from her Indianapolis base, “I think it’s every driver’s dream to race down there and I can’t wait to line up with Brad (Sweet), Aaron (Reutzel) and Carson (Macedo) for Sydney Speedweek.”
Haase, who has a significant fan base and supporter network, will undoubtedly be, as she is in America, a major hit with fans of all ages in Sydney.
The Iowa born and bred speedster has made a name for herself for many reasons, including becoming the first woman to win an A-Main at the famed Knoxville Raceway.

In recent months, she has moved to Indianapolis to further her motorsport aspirations.
In a short space of time, she has gained a reputation as a fierce competitor, a determined athlete, noted public speaker and key community member in both her home city and the racing industry.
Haase will pilot the U55 Flair Dancewear/Prolube/Western Sydney Mechanical Don Ott powered Maxim for car owners Matt and Sharmane Thomas.
“We’re excited to have McKenna on board,” says Matt, “she’s a great racer and a very inspiring person.
“We know that Sydney fans will love her and she’s going to be very competitive. It’s a good opportunity for her to get out of the snow and also to drive a 410ci car for the first time. It’s pretty cool that she’ll be doing that for the first time with us.”