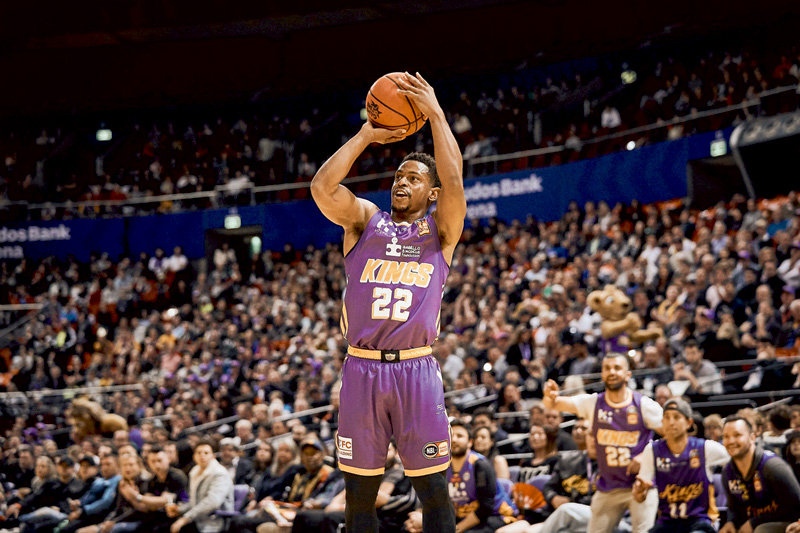 A RECORD crowd watched the Sydney Kings win their ninth game for the season with a gritty 92-87 victory over the Illawarra Hawks at Qudos Bank Arena on Sunday afternoon.

Topping the previous mark of 17,143 set more than 20 years ago in the same building, the crowd of 17,514 watched the home side get taken right to the limit by the bottom placed Hawks, with the scores tied right up just minutes before the final siren.
Illawara took a 28-24 first quarter lead before Casper Ware and Jae’Sean Tate ignited a second quarter comeback for the Kings, capped by a Craig Moller triple to put the Kings up 39-33.
The Kings were outscored by just one point in the third while the final quarter saw both teams scoring 22 points each.
Ware was attacking the basket relentlessly to close out the game with 21 points and six assists, with Tate on 24 points and six rebounds, getting the job done for the home fans.
Daniel Kickert also contributed 10 points on the night of his 150th game in the NBL.
The Kings also partnered with the Salvation Army to raise much-needed funds for the national bushfire appeal on the night.
Sydney will now travel to Melbourne for a Round Eight confrontation on Saturday night with the league’s newest franchise, the South East Melbourne Phoenix, at Melbourne Arena.