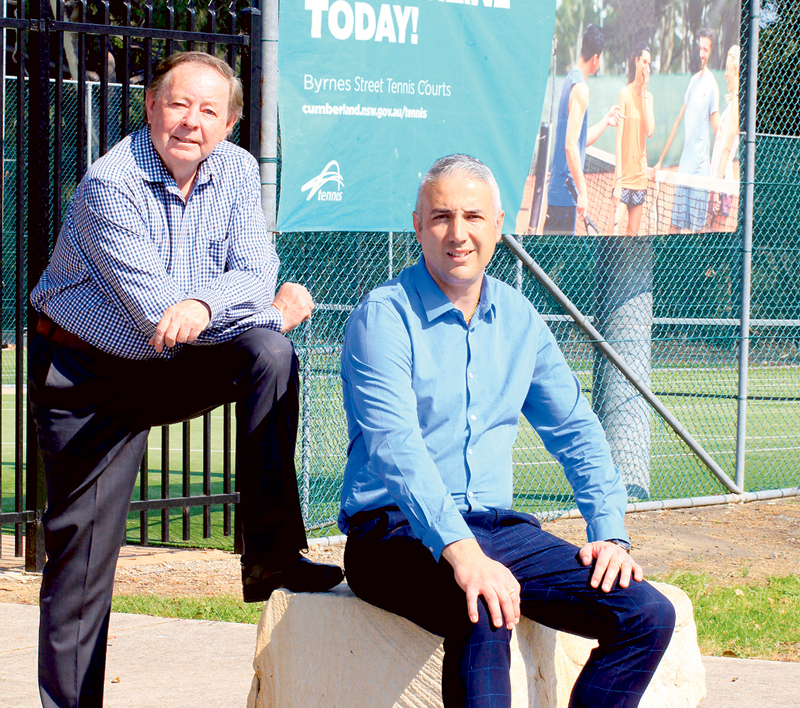 SMASHING the competition over the net, Cumberland Council picked up a top gong at the NSW Tennis Awards held last month at Randwick Racecourse.

Congratulating council staff on receiving the nod in the ‘Supporting Tennis (Government)’ category, Mayor Steve Christou says the award recognises the NSW Local Government Area (LGA) judged to be the most engaged with, and supportive of, tennis in their community.
He said Cumberland was the first council in the State to implement the Book-a-Court system across all tennis venues.
“Implemented in October 2018, the Book-a-Court online system increased participation in the council’s tennis venues by over 71 per cent within the first six months,” Mayor Christou said.
The award also recognised the council’s provision of accessible programs to the community to drive participation in tennis, including free school holiday clinics for local children and young people, and that the council has also invested in upgrading its tennis facilities across Cumberland.
“I am extremely proud that the council has been recognised at these prestigious awards,” the Mayor said.
Also congratulating staff on the win, Cr Paul Garrard said that there had been interest in the Book-A-Court system from clubs within the LGA, adding that while it was easy to create a policy, it was harder to implement one.