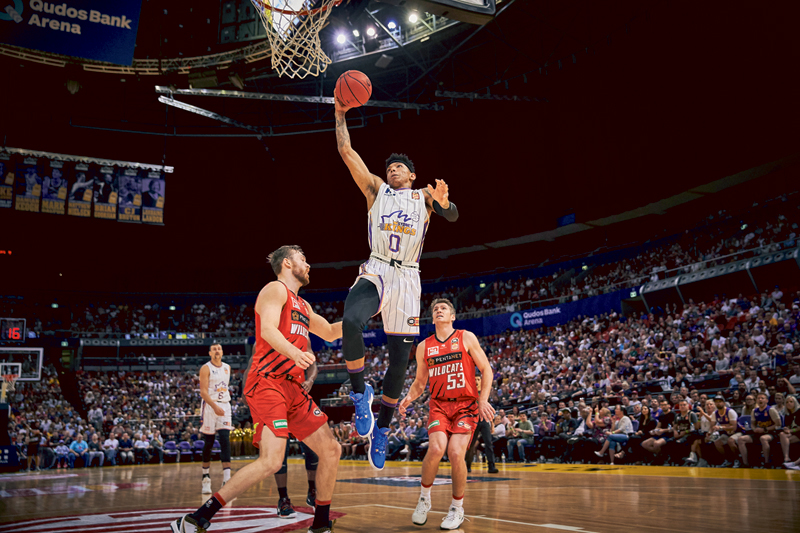 BOUNCING back strongly after their first defeat for the season last Monday, the Sydney Kings have scored victories over both the Brisbane Bullets and the Perth Wildcats over the weekend.

After struggling early against the Bullets, who piled on 60 points and led by 13-points in the first half of the game, the Kings stormed back to record a 95-85 win away from home on Friday.
Veteran Brad Newley starred for Sydney with a season-high 20 points and seven rebounds, while both Jae’Sean Tate on 18 points and Craig Moller on 13 also recorded season high totals.
Back at the Qudos Bank Arena on Sunday, the Kings had a somewhat easier time against defending champions the Perth Wildcats, winning 104-85.
In the third quarter, Didi Louzada was almost unstoppable, hitting three triples as part of an 11 point run. He finished the game with 28 points, including seven of 11 from beyond the arc, adding six rebounds, two assists and two steals in a spectacular performance at both ends of the floor.
Recording their eighth win from nine games, the Kings have kept a perfect at home record and are the only NBL team not to lose a game this season at their home stadium.
Staying at home, the Kings will next do battle against the Illawarra Hawks on Sunday afternoon.