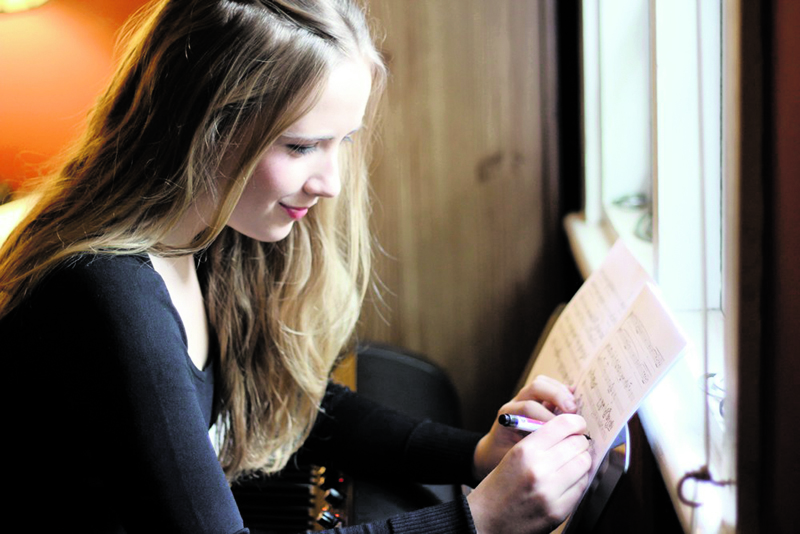 ACACIA Quartet returns to the Independent Theatre for “Prelude in Tea” on October 27 for a concert of music by Mozart, Dvorak and popular young Australian composer and Tempe resident Alice Chance.

Mozart’s String Quartet No. 15 in D Minor, K421 is the second of the quartets dedicated to Haydn and the only one of the set in a minor key.
Though undated in the autograph, it is believed to have been completed in 1783, while Constanze Mozart was in labour.
She said that the rising string figures in the second movement corresponded to her cries from the other room!
Alice is one of Australia’s fast-emerging young composers.
A Sundried String Quartet is her latest composition, specially commissioned for Acacia Quartet.
Alice said: “As a person with synethsesia, I conceptualise music in vivid colours and textures. I wanted to explore several facets of what it might mean to leave music out in the sun.
“The first movement, ‘Exposure’, imagines the composition process as picking raw ingredients from our brains’ vines and trees, and bringing them out into the sun and onto the page, where they deliciously ferment.
“The second movement ‘Dribble Castle’, imagines that the string quartet is collaboratively building a sand castle with handfuls of dripping wet sand.
The third movement, ‘Tomatoes’ is a folk-like exploration of the taste of tomatoes. I wrote it while sitting at the piano eating cherry tomatoes with various garnishes.
“The fourth movement, ‘Aloe Vera’, is the cool salve at the end of the quartet. It’s a musical balm and different to all the other movements in that it’s actually a song with lyrics.”
With a delectable afternoon tea on offer at 2.30pm ahead of the 3.30pm concert, tickets ($17-$49) are available by calling 9955 3000 or visit theindependent.org.au.