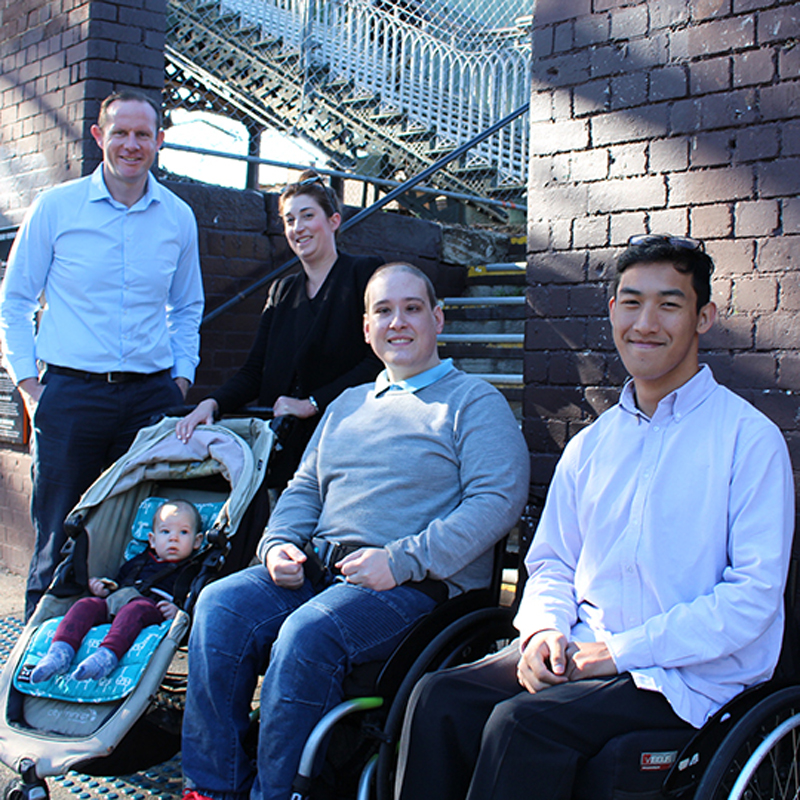 IMPROVEMENTS at Petersham, Stanmore and St Peters railway stations will be fast-tracked to make them more accessible for people who have difficulty with mobility.

Inner West Mayor Darcy Byrne welcomed news that the State Government has finally listened to advocacy from the council and local residents, and will soon upgrade the three train stations.
Following a public campaign from Inner West Council’s 2019 Citizen and co-Young Citizen of the Year Jamie De Paulo and Zarni Tun, who both identified transport accessibility as a priority, Transport NSW made the decision to fast-track the train station improvements.
Mayor Byrne says the council has been calling on the Government for some time to upgrade all Inner West train stations to make them accessible to people of all abilities.
“In 2019, it’s just unbelievable that this crucial public transport link has been closed off to the elderly, people living with disabilities and those with temporary injuries as well as pram users.
“Residents and rail users are feeling frustrated that the State Government and train bosses are not prioritising accessible transport options. They are upset that they have to put up with – and, as taxpayers, have to pay for – a public service that actively discriminates against them,” he said.
Secretary for Transport NSW, Rodd Staples, has told the council that the Petersham upgrade will begin in early 2020, and take about 18 months to complete. Stanmore and St Peters stations are set to follow, with completion estimated for 2023.
“In further good news, Dulwich Hill station will be upgraded as part of the Metro City and Southwest works, with the station receiving elevator access for the first time ever,” Mayor Byrne said.
“This is a great win for our community, and follows on from the council’s successful lobbying to have a temporary access ramp left in place at Tempe Railway Station at the conclusion of recent refurbishment work.”