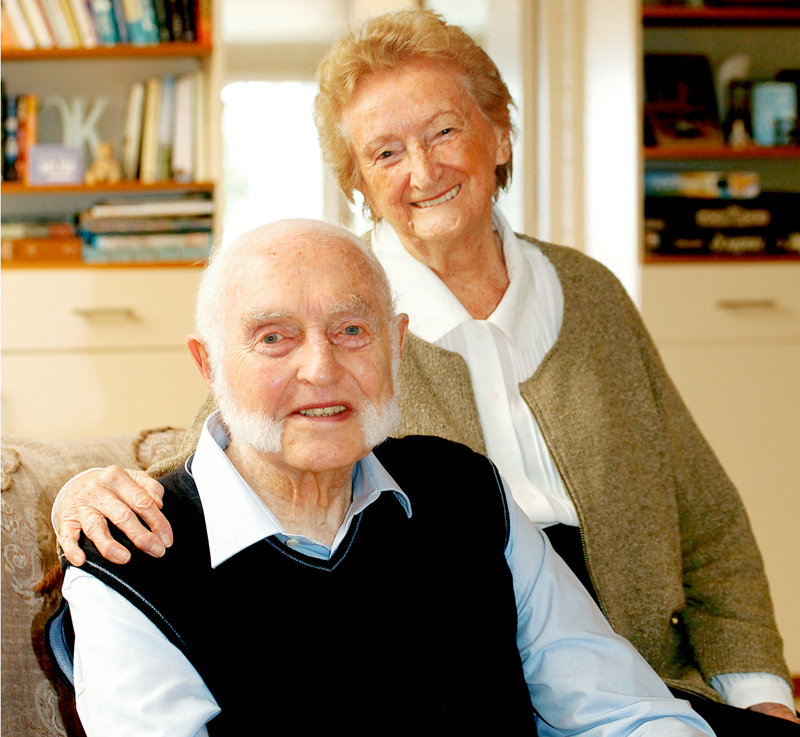 THE youngest ever Chief Librarian when he took over Bankstown Library aged 34 in 1954 and receiving an OBE in 1979 for his services to libraries and the disabled, Cecil Churm continues to fight for causes he believes in despite turning 94 last week.

One of the causes very close to his heart, is fundraising to help defeat cruel killer Motor Neurone Disease (MND) which claimed his first wife Pamela who died at 60 and eldest son Greg who died at 67, with next son Stephen also diagnosed and now in the fight of his life.
MND occurs when neurones fail to work normally. Muscles gradually weaken and waste, as neurones die. It is a progressive, terminal disease with no cure.
“When Pamela died, I got all the members of the family tested through the University of Sydney’s ANZAC Research Institute,” Mr Churm said.
“That was the first contact I had with the university. The three boys and my daughter were all tested, but it didn’t tell us anything. That’s why it was quite a surprise when Greg and then Stephen got it.”
Mr Churm and the other members of his family have spent years donating funds to the University of Sydney for medical research. Their donations have reached a spectacular amount of more than one million dollars.
Mr Churm, now re-married to Patricia, also created the Pamela Jeanne Elizabeth Churm Postgraduate Research Scholarship in neuroscience.
In a recent breakthrough, the Government welcomed news of a medical research breakthrough that could benefit 2,000 Australians living with MND. Clinical trials at Melbourne University identified that the drug, CuATSM, slows the progression of the disease by 70 per cent.
“We’ll continue to support research at the university,” Mr Churm said. “By putting a little in, you help move things along.”
Mayor Khal Asfour: “Cecil Churm is a passionate member of our community and a true custodian of our City’s rich history.
“For 33 years, Mr Churm was the Chief Librarian of Bankstown Library. When he retired in 1989, he left behind a legacy of having expanded and improved the library’s services.”