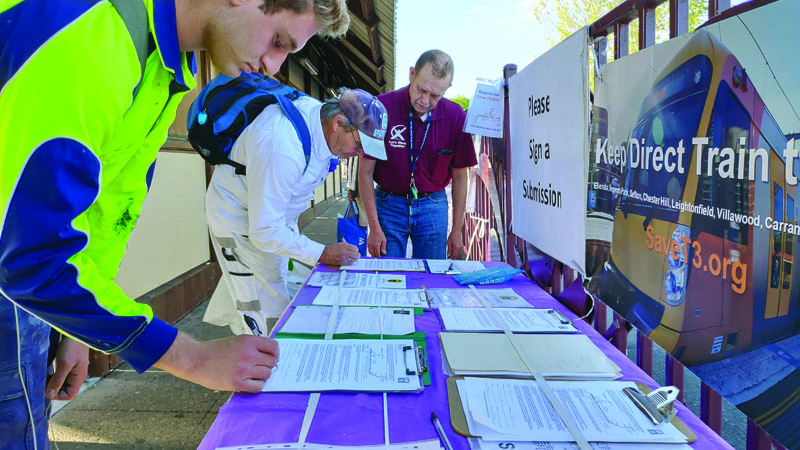 HUNDREDS of frustrated commuters continue to call for the return of express train services from Lidcombe to the city and to restore the Inner West Line.

Berala commuter Roydon Ng says he and Tony Oldfield are also finding plenty of support to save the T3 Bankstown line and keep direct services to the city from nine stations including Berala, Regents Park and Chester Hill.
“Up to 19,000 extra commuters will be forced to interchange at Lidcombe after Metro Southwest is built between Sydenham and Bankstown,” Mr Ng said.
He says commuters can sign petitions outside Berala Station on Wednesday, October 9, from 3.30-5pm.
Submissions to an Upper House Inquiry into Metro Southwest close on October 13.