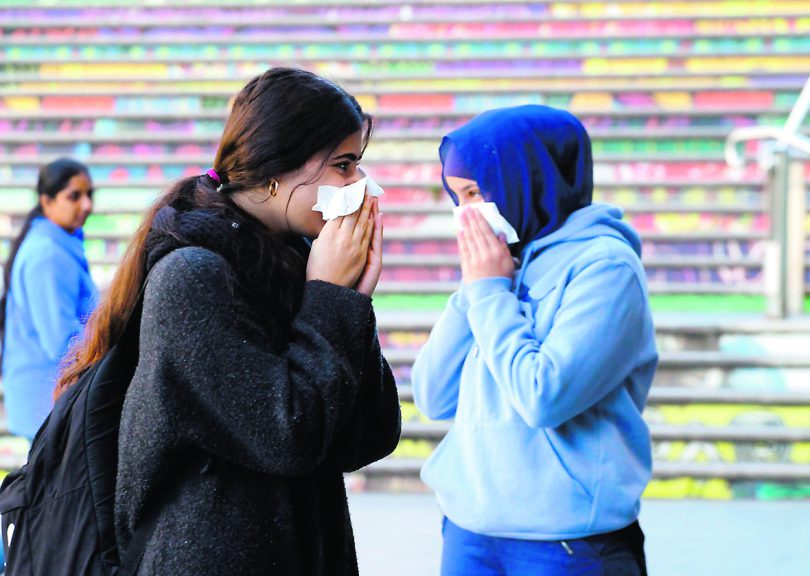 THIS year’s influenza season is turning out to be one of the longest on record.

While the number of people diagnosed with the flu each week in NSW continues to fall, the Western Sydney Local Health District (WSLHD) recorded the highest number of confirmed cases in the state.
The latest Influenza Surveillance Weekly Report showed 359 confirmed presentations in the WSLHD in the week ending September 22, compared with 391 the previous week.
The total number of influenza cases reported in NSW to date is 107,682, with 23 additional deaths reported during the week ending September 22, bringing the total fatalities to 258 for 2019.
NSW Health’s Executive Director of Health Protection, Dr Jeremy McAnulty, said presentations to emergency departments across
However Dr McAnulty warned that the flu season is not over and people still need to take precautions to stop it spreading.
“Outbreaks in residential aged care facilities continue to be reported but are declining, with eight incidents in the last week,” he said.
People aged 65 and over, pregnant women, Aboriginal people and people with certain medical conditions are eligible for free flu vaccine under the National Immunisation Program.
Simple things to prevent getting flu or passing it on include, getting vaccinated every year; washing hands regularly, covering coughs and sneezes; and asking sick people to stay away until they are well.