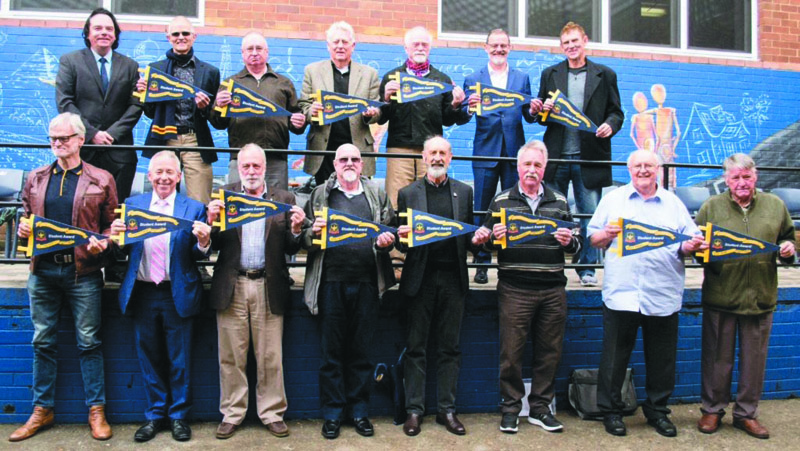 FOURTEEN old boys have returned to Punchbowl Boys’ High School to promote the links between learning in their alma mater and success in later life.

Trevor Matthews, now a director for AMP Limited, graduated in 1969 and spoke about the benefits of great teaching.
“I learned that you can do all right by drifting along but it was important to have a go and apply yourself,” Mathews said.
Former vice-captain Ken Scully praised his former teachers from 50 years ago.
“I had a good grounding in literature, English, problem-solving and analytical thinking – all key elements of a lawyer’s role,” said Scully who now runs his own legal practice – Scully Legal – in Bankstown.
Bruce ‘The Gentleman Magician’ Glen, who wowed students with his tricks, said he would never forget the messages that were instilled in him by his teachers.

“It was a great time in my life,” Glen said, “We were very proud of the school. We were told that nothing was impossible.”
With a thriving career as a magician, there is no doubt Glen has taken the lessons he received and used it to fuel a wonderful life.
But perhaps, it was the sentiments of former senior prefect Stephen Wilkes that best summed up the impact of great teachers.
“We had incredible teachers whom I stayed friends with my whole life,” he said.
“This is where I learned integrity, compassion, understanding, sensitivity and how to be fair dinkum.”
Current student Radford Baghdadi said the impact of the old boys’ visit was instant.
“It gave us a great sense of pride,” he said as he basked in the presence of Punchbowl Boys greats. “It shows us that we can achieve great things despite any adversity.”
The former students spent the day running workshops to promote literacy, numeracy, transition, wellbeing, 21st-century learning, sport and creative expression and global citizenship.