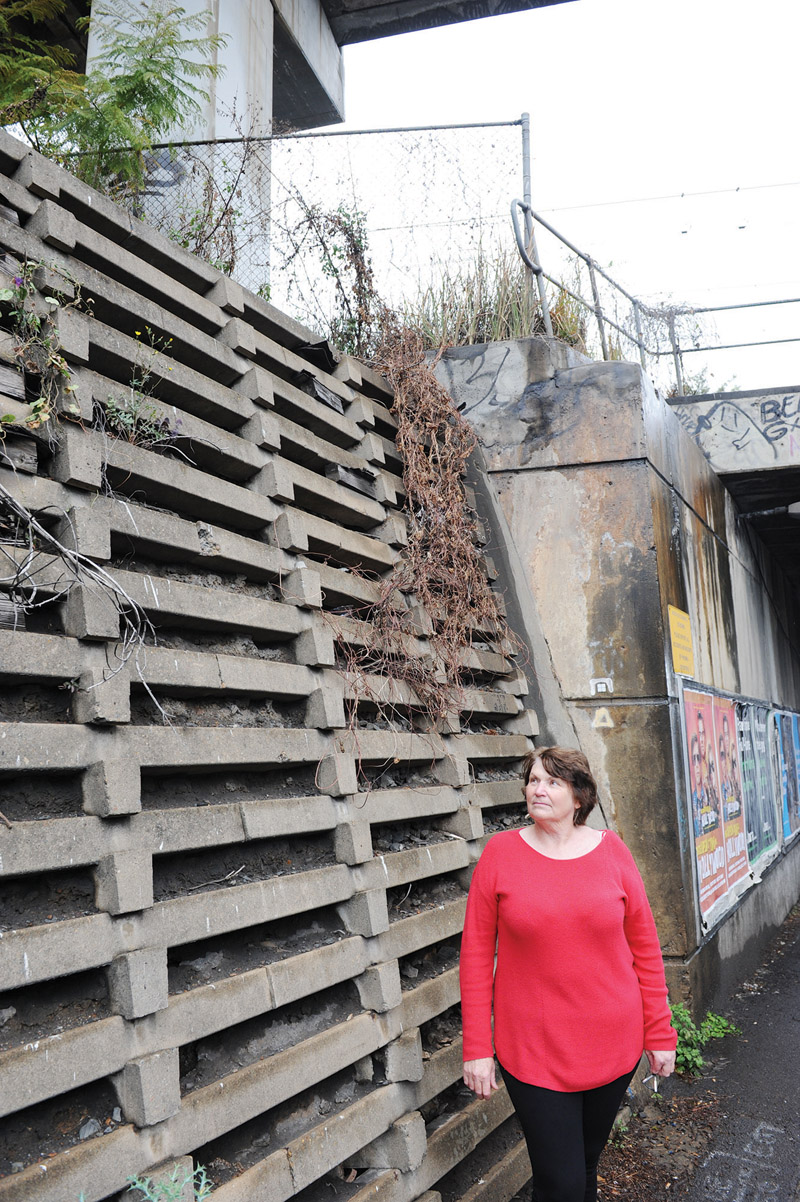 LARGE overhanging plants and cracked concrete in a retaining wall under a major rail bridge on Woodville Road at Granville, have the potential to cause a disaster.

That’s the fear of long-time Granville resident Kerry Poyner who says walking from her home into Parramatta to attend a medical appointment, is a journey “literally fraught with danger”.
Expressing her serious concerns about the integrity of the concrete retaining wall on the southern side of the rail line over Woodville Road just near the Church Street and M4/Parramatta Road intersection, she wrote to Minister for Transport, Andrew Constance, late last month calling on him to take urgent action.
In January this year a large cactus growing on top of the retaining wall collapsed onto the narrow footpath under the rail bridge, and Ms Poyner told the Review that while the fallen plant was removed, more were still growing and posed an ongoing risk not just to pedestrians but also to motorists.
“What if someone is walking on the narrow path … or parts of the wall fall onto Woodville Road? Who will be responsible?” she asked.
However a spokesperson for Transport for NSW said vegetation control work on the wall would take place later this month.
He said that the retaining wall was also subject to “ongoing geotechnical risk assessment”.
“The last inspection did note some minor defects but these are not considered high risk or of danger to the public,” he said.
“The next inspection has been brought forward to early next year to reassure the public of the wall’s structural integrity.
“Inspections and vegetation control are carried out at intervals determined by historical conditions, the road classification and the type of asset.”