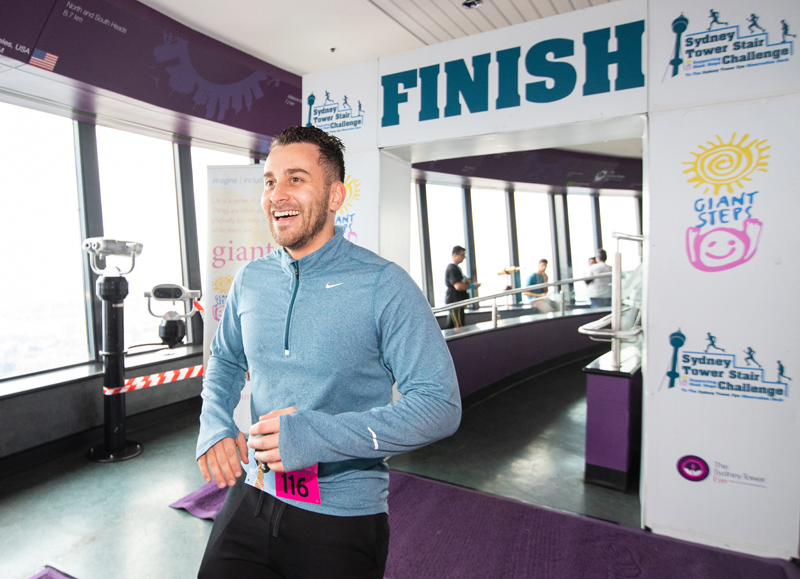 BEST known for his role on Channel 9’s Here Come The Habibs, Greenacre’s own Sam Alhaje will again be taking on the Sydney Town Stair Challenge on Sunday, August 25.

The actor will be racing up the 1,504 stairs to the top of the Sydney Tower Eye to raise money for Giant Steps, a charity dedicated to educating and supporting children and families living with autism.
It will be the third time he’s taken on the event, and says being in the boxing ring gives him a similar feeling.

“Your heart is always pounding in the ring and on the stairs, it’ the same way,” he said.
“Instead of sparing with a partner, you are sparring with gravity.”
While he feels fit and prepared after completing the Bay Run in the lead up to the climb, he admits with a laugh that no amount of training is enough.
“The fire you feel in your lungs makes you feel like a dragon,” he said.
“But it’s such a great cause you put that behind you and just keep going.
“When I finish my lungs are like ‘you’re never doing it again’, my muscles are like ‘you’re never doing it again’, but a month later I’m ready to sign up again.
“Although when you think about it, if it wasn’t for charity, I would absolutely be taking the elevator.”
Unlike previous attempts, he says this time around his game plan includes a good warm up and a healthy breakfast with the aim of shaving some time of his previous best effort.
For more information, visit stairchallengeaustralia.com.au.