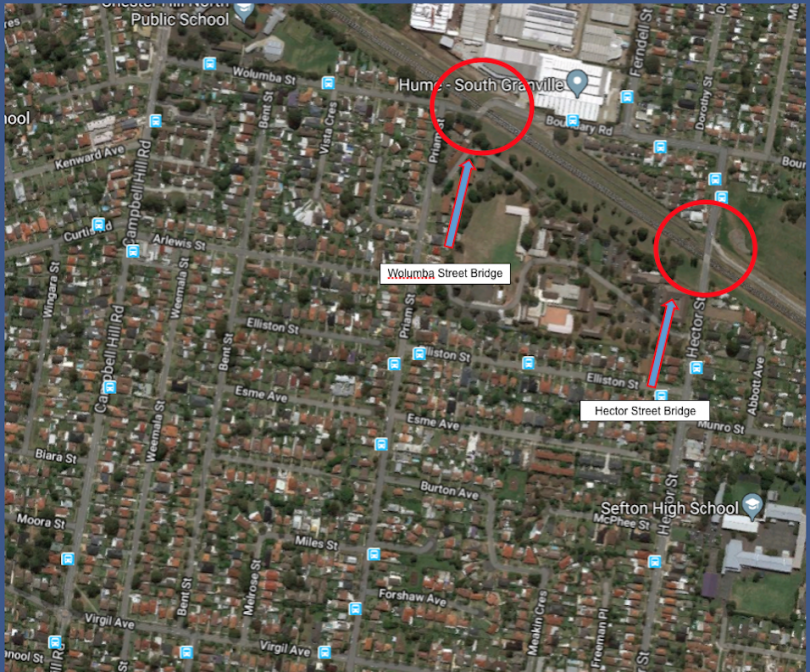 Almost $6m will be spent on replacing two bridges in Chester Hill.

Work will begin on two bridges in Chester Hill this month, to create safer access for motorists, cyclists and pedestrians.

The bridges at Hector and Wolumba Streets, Chester Hill, will be replaced with new structures as part of Council’s $5.9 million commitment for bridge structures in 2019-20.
City of Canterbury Bankstown Mayor, Khal Asfour, said these bridges are at the end of their lifespan, have restricted traffic flow, and lack proper cyclist access.
“We want to make sure everyone commuting through our City can do so safely,” he said.
“When construction begins in the coming weeks, we intend to minimise disruption as much as possible. However, the cooperation of commuters is needed.”
Mayor Asfour said the new bridges will include: Widened traffic lanes; Protected pedestrian paths on either side of the bridges; and Straight structures to provide clear and unobstructed vision for motorists, pedestrians and cyclists.
Both bridges are set to be complete early next year, depending on the weather.
For more information about the project, or other projects being undertaken in Canterbury-Bankstown visit cb.city/councilprojects

Both bridges are being upgraded thanks to more than $4 million in funding from the Federal Government, and more than $2 million from Cumberland Council.