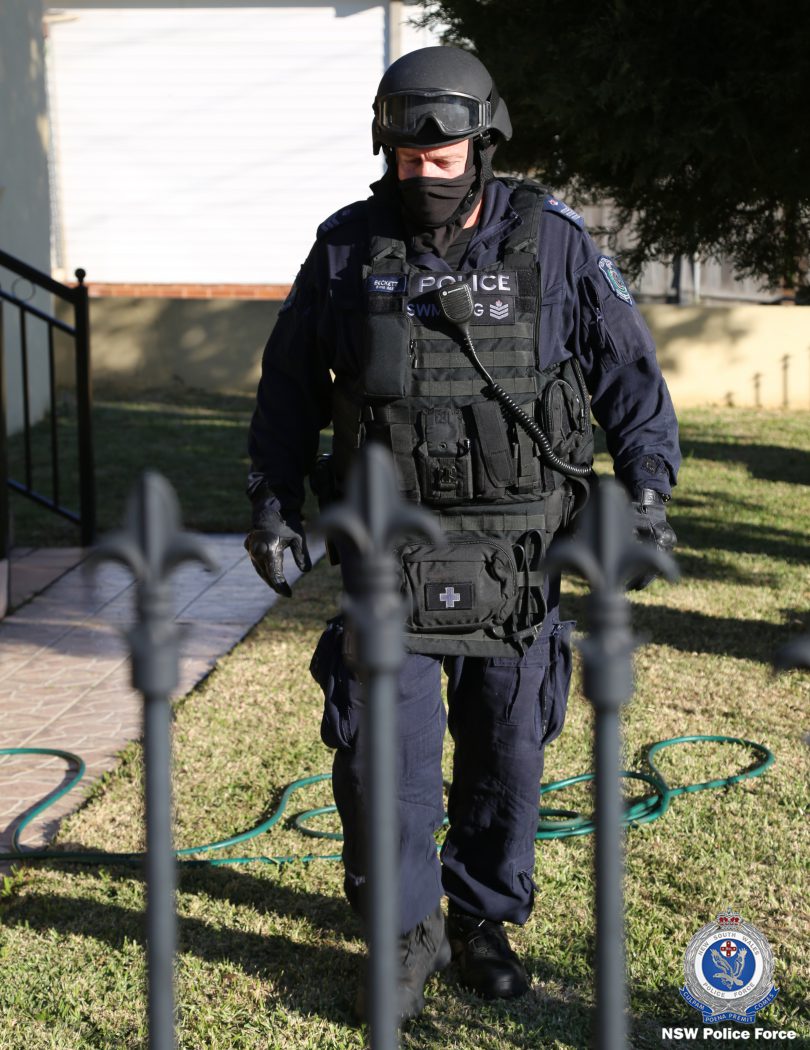 A vehicle stop in Sydney’s CBD has led to the alleged discovery of almost $6.5 million worth of Gamma-Butyrolactone (GBL), most of which was located at a factory in Regents Park.

Just after 4.30pm last Friday (March 15), detectives attached to Sydney City Police Area Command were patrolling the CBD when they stopped a hire car on Yurong Street, Darlinghurst.
Following a conversation with the 37-year-old driver, officers searched him, allegedly locating and seizing cash and drugs believed to be methylamphetamine (ice).
During a subsequent search of the Toyota Corolla, detectives allegedly seized approximately 27kgs of GBL, $20,000 cash, and various electronic devices and documents believed to be linked to the supply of prohibited drugs.
As part of their investigations, detectives executed a search warrant at the Regents Park factory on Monday, where they allegedly seized 724kgs of GBL.
A further 56kgs of GBL was allegedly seized during a search warrant at a unit in Hunters Hill yesterday (Tuesday), with officers also dismantling a clandestine laboratory set up within the home.
The total amount of GBL allegedly seized by investigators to date is approximately 807 kilograms, with an estimated potential street value of almost $6.5 million.
NSW Police are liaising with interstate agencies as inquiries continue. Anyone with information is urged to come forward via Crimestoppers: 1800 333 000 or https://nsw.crimestoppers.com.au
Information is treated in strict confidence.