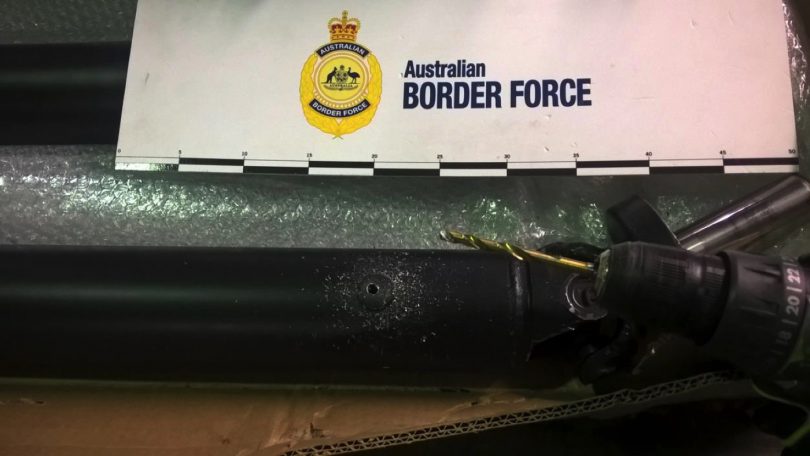 TWO men from Roselands and Narwee have been jailed for their involvement in the importation of 13.2 kilograms of methamphetamine worth $3.96 million and concealed in two shipments of vehicle parts last year.

The 32-year-old Roselands man was sentenced to four years and six months and the 28-year-old Narwee man was sentenced to four years.
On June 1, both pleaded guilty in Downing Centre District Court to attempting to possess a commercial quantity of an unlawfully imported border-controlled drug.
Australian Border Force (ABF) officers detected anomalies in two air cargo consignments from the United States early in September, 2020. The consignments contained a total of 13.2 kilograms of methamphetamine concealed inside four drive shafts.
The detection was transferred to the Australian Federal Police (AFP) who substituted the methamphetamine with an inert substance prior to conducting a controlled delivery of the consignments to a warehouse in Liverpool on September 28.
The consignments were picked up by two men who were arrested and charged.
AFP Detective Superintendent Matthew Ciantar said the joint efforts of officers in this investigation stopped 132,000 street deals from causing a domino effect of harm in our community.
“Organised crime syndicates fuel their criminal activities through the sale of illicit drugs in Australia. Every arrest and illicit drug or cash seizure disrupts the illegal operations of criminal syndicates” Det Supt Ciantar said.
“This investigation ensured that $3.96 million did not reach the pockets of organised criminals who exploit vulnerable Australians and the significantly high demand for illicit drugs in Australia.”